A-B-C case erector in the news

During a two-day trip through Ohio last week, President Barack Obama promoted American manufacturing and his dedication to working class Americans. During his stop at Summer Garden Food Manufacturing on July 6, Obama was photographed in front of an A-B-C Model 330 case erector, which, incidentally, is valued by packagers for its workhorse operation and reliability on the packaging line. 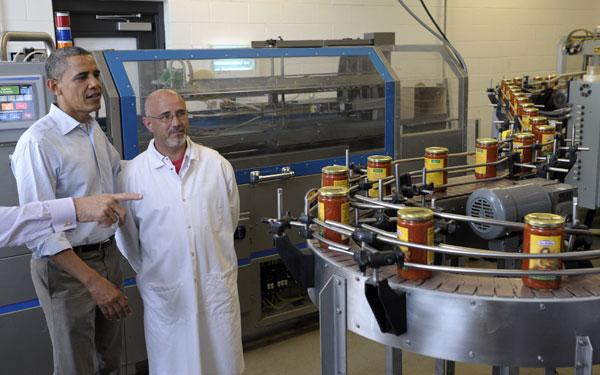